In the short time OCD Automation has been in business, it has successfully completed many exciting projects in multiple industries. This showcase page highlights a few of those achievements.

OCD Automation was contracted by US West Electric to provide instrumentation, control panels, and systems integration services for a new pump station in Newport, OR. From initial design to final acceptance testing, this project features several…Read More 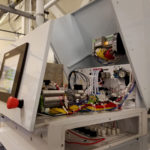 A semiconductor company in Gresham had an aging chemical dispense system supplied by a company that was no longer in business.  OCD Automation was hired to design a PLC-based replacement that would reuse wiring and pneumatic plumbing.  OCD Automation was also hired…Read More 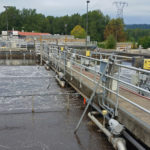 In early 2015, OCD Automation was tasked with renovating wastewater aeration basins for an energy savings project in Camas, WA.  The client had been operating all aeration basin air valves manually and could not get the plant to reliably run in automatic mode…Read More 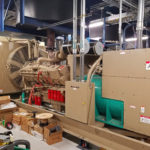 An emergency power system for the Port of Portland relied on Square D controls hardware that was nearing the end of its support window for programming and hardware availability.  OCD Automation teamed up with a local electrical contractor, Quality Plus Services, to deliver an updated system as a replacement.  The system controlled four 4,160V engine generators…Read More